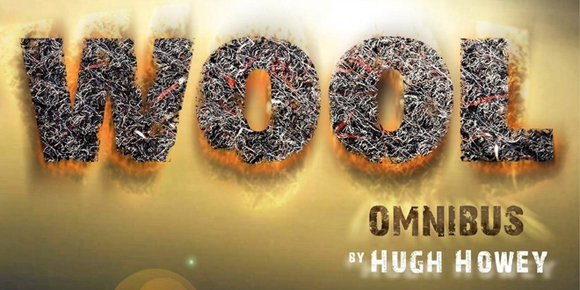 First off do yourself a favor, go over to Hugh Howey’s website and subscribe to his RSS feed. It’s great and you’ll thank me later. Secondly go buy Wool. There’s a reason why it has sold an amazing amount of copies for an indie book (last I read somewhere over 300k,) and was picked up by a traditional publisher, and has been optioned for a movie: it’s great.

It takes place in an underground shelter hundreds of years (and many generations) after an apocalyptic disaster destroyed the surface of earth. It’s smartly written, well paced, and surprisingly fresh. Howey’s characters —even the minor ones— stand on their own and come across as real people with strengths, weaknesses, goals, and visions. I chewed through all 5 novellas (included in this omnibus) in about a week, couldn’t put them down. Part post-apocalyptic, part action-adventure, part romance, it just might be my favorite book of 2012.

Oh and when your done with Wool and find yourself wanting more… fret not, Howey is hard at work on the sequel.