Raunch Reviews is a series about profanity. Not real profanity, but speculative swearing. Authors often try to incorporate original, innovative forms of profanity into our own fantastical works as a way to expand the worlds we build. Sometimes we’re successful. Often we’re not. In this series, I examine the faux-profanity from various works of sci-fi and fantasy, judge their effectiveness, and rate them on an unscientific and purely subjective scale. This is Raunch Reviews, welcome.

The Author: Glen A. Larson

By this time, I’m sure it’s no secret I’m not a fan of Battlestar Galactica’s previous attempts at fantastical cursing. It’s lazy and really nothing more than a censor slip. And while it’ll never score high around here, it’s become kind of a mantra for the show, gracing everything from t-shirts to stickers to novelty mugs. “Frak,” whether I like it or not, is here to stay. But this wasn’t the only pseudo-off-color word in the Battlestar Galactica universe. In the 1978 series, there was another word that at least tried, and for that, I have to give the writers a little more credit.

The word “felgercarb” shows up a few times—sometimes said in the show as “feldergarb” depending on the actor—it’s an expletive whose origins are either mild or more severe depending on your wiki or discussion board of choice. The most common description is that it serves as a replacement for “crap” within the Colonial vernacular. (Funny how fictional vernacular only seems to have replacements for very specific and convenient profanity.) At its core, it’s another censor slip from a show that helped define the censor slip—but, while I do think it’s overly flamboyant and an awkward mouthful, it’s at least trying a bit harder than “frak.” A little more drift, or perhaps a simplified version, would have helped its cause. You can hide censor slips within lore. So while it scores a little better than “frak,” I don’t think “felgercarb” is going to run away with any major awards here.

There is a fun little nod to the word in the reimagined series, with “felgercarb” being a brand of toothpaste from Tauron. But, now understanding a little more about the word’s history, you have to ask the question: is Felgercarb Toothpaste actually a brand one would want to use? 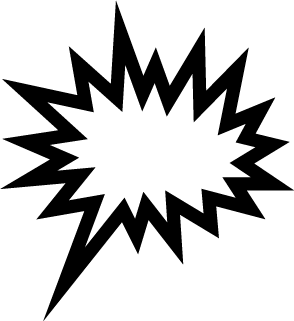 Have a suggestion for Raunch Reviews? It can be any made-up slang word from a book, television show, or movie. You can email me directly with your recommendation or leave a comment below. I’ll need to spend time with the property before I’ll feel confident reviewing it, so give me a little time. I have a lot of books to read.

“[Writing is] hostile in that you’re trying to make somebody see something the way you see it, trying to impose your idea, your picture. It’s hostile to try to wrench around someone else’s mind that way. Quite often you want to tell somebody your dream, your nightmare. Well, nobody wants to hear about someone else’s dream, good or bad; nobody wants to walk around with it. The writer is always tricking the reader into listening to the dream.”

This is taken from a 1978 interview for The Paris Review. The whole conversation is worth reading, but this quote really jumped out at me.