So, a friend of mine challenged a few of us to summarize our 2014 in ten photos. At first I figured this would be daunting, since I spend a large majority of my time in my home office hunkered down and writing, however, in looking through my Instagram account it seems like I had a pretty epic year and it ended up being really hard to choose! So follow along with me as I revisit my 2014 in ten awesome photos… 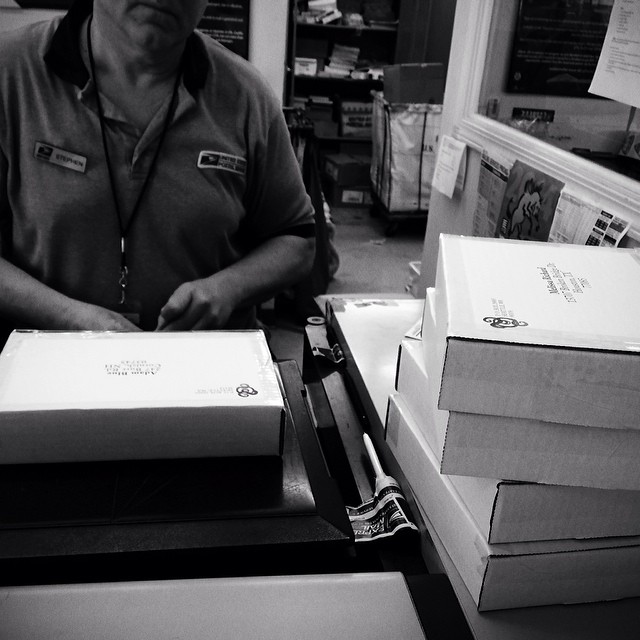 I started the year off by wrapping up my first giveaway. In the end I had over 1400 people sign up! It was a great feeling and a great way to start the year. (I ended up doing two more over the course of the year, and there’s one going on right now!)

In late winter my wife, Kari-Lise, and I packed up our bags and flew to Melbourne, Australia for a solo-show at Auguste Clown Gallery in Fitzroy. Love that country.

The show sold-out! You can see the full show here. Was awesome to see so many folks come out. We had a blast.

Together, this babe and I ended up spending two solid weeks exploring Melbourne. We met and made some great friends and fell in love with the city. We’re planning a return, and have even talked about making it permanent. 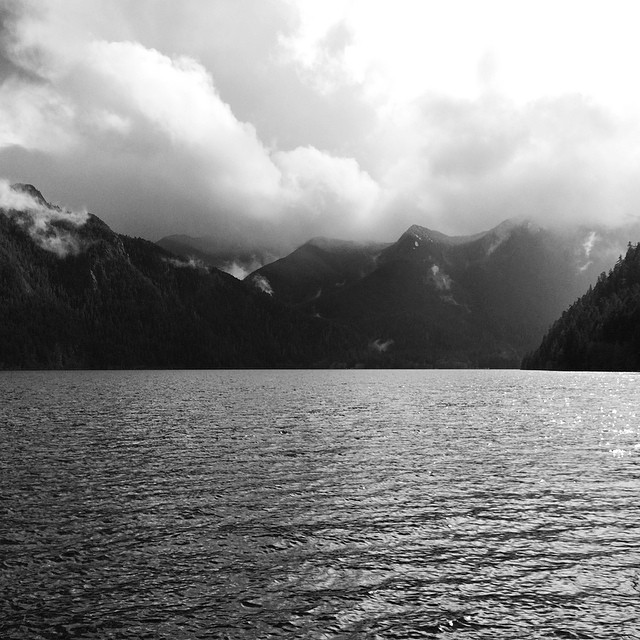 After we returned the spring became a blur. I was working on the first draft of Red Litten World and starting edits on Old Broken Road, but we still found time to be among the mountains. (This was taken at Lake Crescent in Olympic National Park.)

“Going to the mountains is going home.”

…it was a trend. (This was taken in the Buckhorn Wilderness.)

In August I went to SpoCon, my first convention as an author. Sold a bunch of books, met some incredible people and came home exhausted. It was worth it. I’m planning to heading to more in 2015.

Oh yeah! I wrote another book! And you can buy it today! 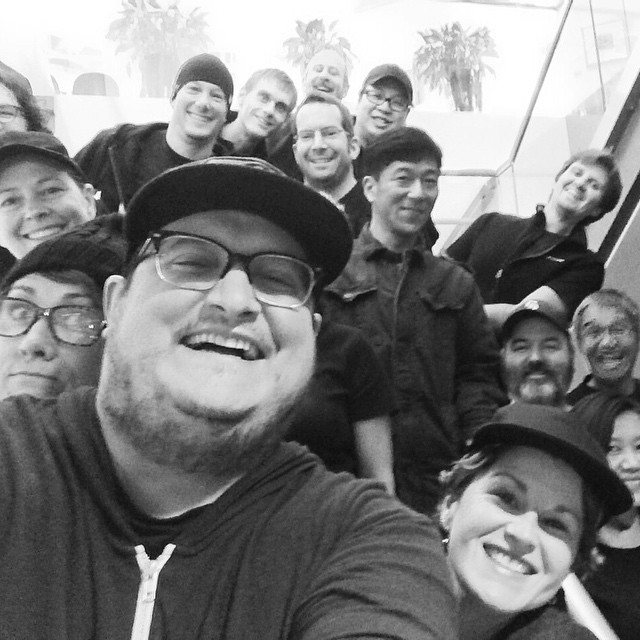 For Halloween, everyone at work dressed up like me! It’s a flattering and surreal experience but it made for a pretty epic selfie.

Finally, this November, I went to my first NFL game at CenturyLink Field. (Seahawks vs. Cardinals, the Hawks won.)

So that’s my 2014! I’m excited and looking forward to what the next year holds. Why not keep this ten awesome photos thing going? Post ten awesome photos of your own on your blog and leave a link in the comments so others can see what happened in your year. I’ll even update this post to include links to your ten photos!

Vacation is over and I am jetlagged.

Melbourne was great. We made some great friends and left really liking the city. The city itself is super walkable. There’s tons of great places to eat and explore, loads to do. It might be one of the best cities I have ever visited. It’s the best parts of Seattle, San Francisco, and Portland all rolled into one.

We also took a few days to get out of the city drive down the Great Ocean Road. (Which is where the pic above comes from.) It was by far one of the most beautiful roads I have driven on, saw some wildlife, an incredible shoreline that easily rivals the views on America’s own Highway 101. I would very much like to do it again. If you get a chance you should go.

Kari-Lise’s show (which was why we went to Melbourne in the first place) went fantastic. It nearly sold out, I believe there’s only one piece remaining. While we were down there she was also interviewed for Beautiful Bizarre Magazine’s blog. It’s a good read. She gives much better advice than I do.

So with vacation behind me it’s time to get back in the groove. After all I got writing to do. Here’s what’s coming:

Finally, a huge thanks to Drew Gerken for picking up my slack with the Friday Link Pack while I was away. As I expected he killed it. Lots of good stuff to share. If you missed his posts check them out over at his blog. Also give him a follow. He’s a good guy and has a great perspective. Can’t wait to read his stuff.

All in all it’s good to be back. I love traveling. I love removing myself from my own comfort zone and experiencing the world. I love what it does to me, and how I come out afterward. Travel sharpens me, makes me more aware and encourages me to explore, it broadens my horizons. All things I believe are critical to the creative process. It has me excited to get moving on all my projects again. Big things are coming. Stick around.