As I posted previously, I spent the weekend in Los Angeles, California for the launch of Kari-Lise’s latest body of work, WAKE. While I’ll have more to share about the trip in the future, I wanted to write a quick update letting everyone know that the whole show is now available to view online! Just click below and check it out. It’s incredible.

This was Kari-Lise’s first show in the L.A. market, and it was great to see so much support. The crew at the gallery were wonderful. The show looks amazing in the space. I was telling a friend this morning that it was nice to see the pieces hanging on a proper wall. A few fans even made treks from San Francisco and San Deigo to check out the show! Our trip was a blast and it was a whirlwind of a weekend.

If you’re in LA, go check it out. The show will be on display until April 22nd. You can also read more about WAKE and Kari-Lise’s work at any of the links below:

For the past few years, I’ve assembled a post looking back via photos and reflecting on my experiences over the course of a year. The rule is to do it in ten photos, no more, no less, no excuses. (Check out 2015 in Ten Awesome Photos or 2014 in Ten Awesome Photos if you’re so inclined.) It’s a good way to reestablish what actually happened compared to my own perception. It also slows time down. A lot happens in a year.

After you do something long enough, it becomes a tradition. 2016 has been a tough year for me both creatively, and personally. But for every failure, there has been a success. Moments of dispair have been countered by moments of peace. Sometimes it’s hard to recognize those. Going back through these photos always grounds me and forces me to reflect. 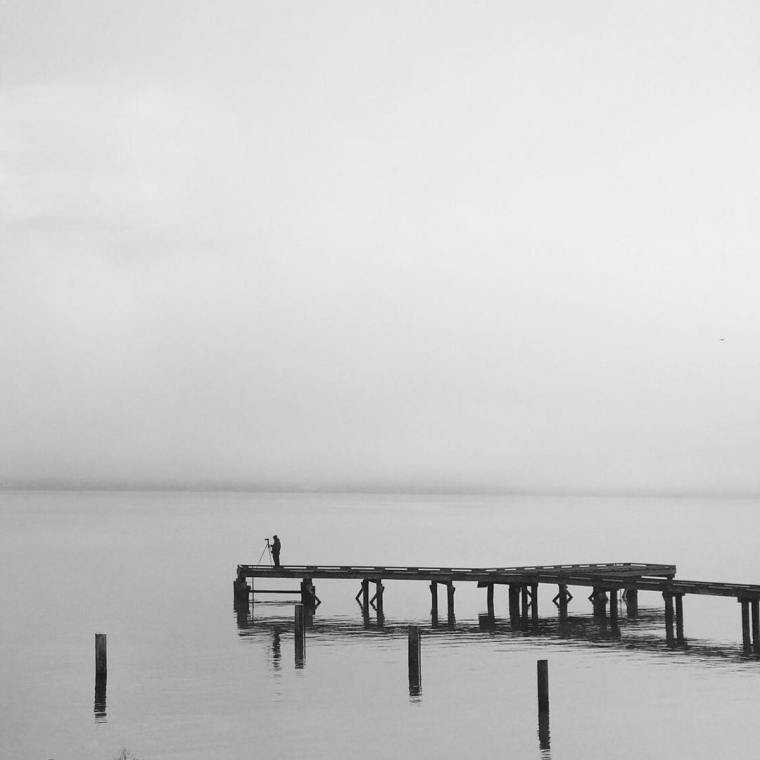 The start of 2016 was cold and foggy. I took this picture on a long walk near my house early in the year. The themes of this image inadvertently became my themes for this year. If you read The State of the Cycle last December you know that in 2016 I was breaking from The Bell Forging Cycle for a bit and was planning to focus on some new projects. Solitude, contemplation, and a refocusing on my work and my writing were central for me throughout the year.

New year, new projects; I dove right in. For those who have followed this blog from the beginning, you’ll recognize the title Coal Belly. It was the first manuscript I tried to shop (and ultimately failed at selling) but the world and the characters never left me. This year I began it anew, refreshed and stripped down and I’m really excited where it’s going.

In the spring I returned to Norwescon for my second year. As before, It was a blast. This year I was busy. I spent my time running my table, sat on a few panels, and even managed to do a reading from Red Litten World. You can read a full breakdown in my Norwescon 39 Debriefing post. I will be returning in 2017, I can’t miss the 40th Anniversary.

Throughout the year, Kari-Lise and I would occasionally spend a few hours exploring antique stores and junk shops. These forays into the past inspired me to start collecting historical objects from American fraternal organizations and secret societies. It hits a sweet spot for me a blend of Americana, fading history, folk art and the fact some of the objects are just bizarre. I’m sure I’ll gather together a post soon. 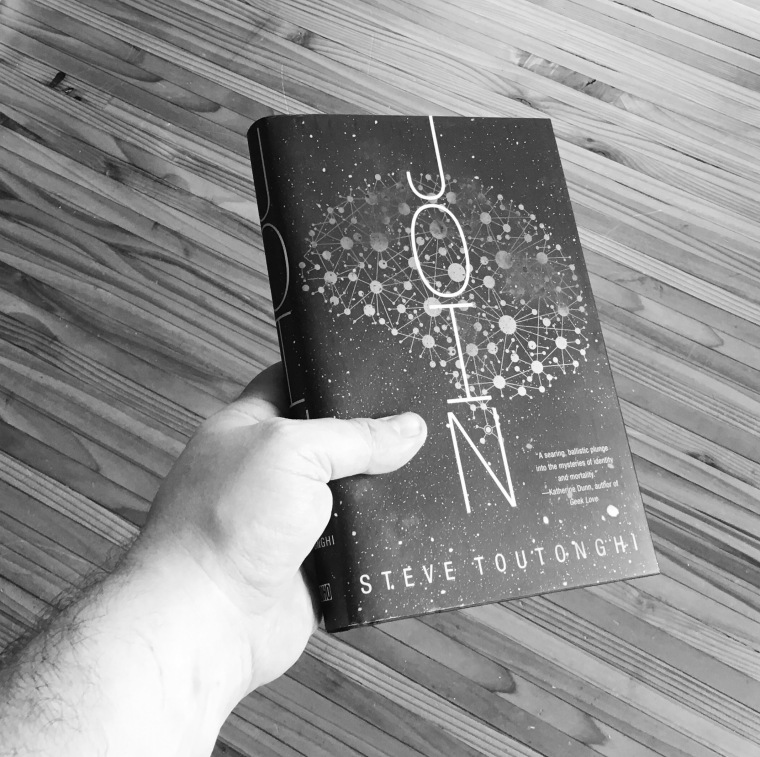 My friend Steve Toutonghi launched his debut novel Join! He spent some time with me at Norwescon sharing his book, and I was able to go to a reading and signing of his at a local bookstore. It’s been great to watch him meet readers and share his work with the world. If you haven’t read his novel Join, you need to rectify that now. Check out my review on Goodreads and use the links on his site to pick it up for yourself. (It makes a great Christmas gift.) 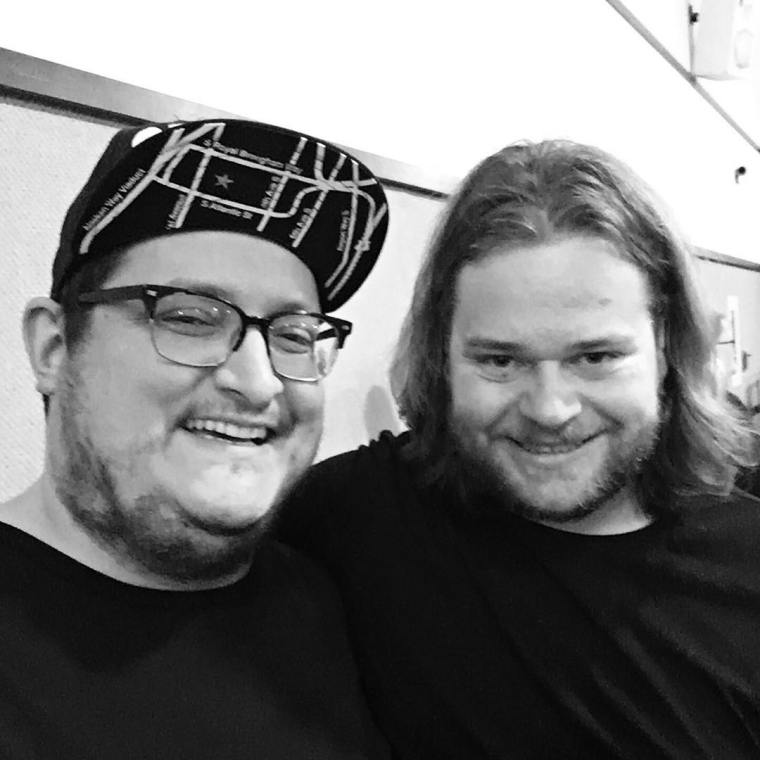 I was lucky enough to meet Magnus Nilsson, the head chef at the remote two Michelin star restaurant Fäviken in Sweden. It’s no secret Kari-Lise, and I love to cook and were those people who consider ourselves foodies. I really respect Nilsson’s approach to cooking, his focus on simplicity, local ingredients, and the return to basics. He was super gracious. Now we need to plan a trip to actually visit Fäviken.

Lilac City Comicon was a smashing success and a bit of a whirlwind. It’s a fun romp full of wonderful people and cosplayers. The community in Spokane is really warm and welcoming. It was great hanging out with my fellow creators, meeting new people, and talking with readers. I’m planning a return this year. Make sure to read the Lilac City Comicon debriefing. I’m happy that it’ll be two days this year.

This summer Kari-Lise and I took two weeks to explore the National Parks of California. When I returned, I put together a little trip report detailing the journey. It was a fantastic excursion, full of hiking, marmots, and incredible vista and views. Traveling in the US, and especially in our National Parks, always reminds me that we live in a pretty great place.

As with every year, mountains were a reoccurring theme. I find them invigorating creatively and forever humbling. They’re a good place to reset and realize how small and petty my problems tend to be. With the help of some friends, Kari-Lise and I found our favorite trail on Mount Rainier. We liked it so much we returned to it again a month later with some family. 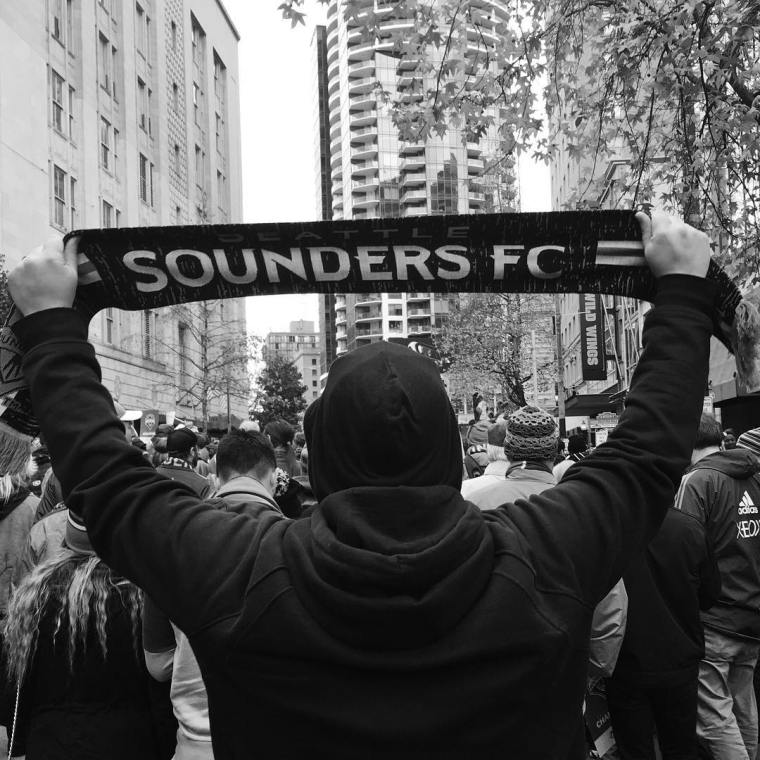 My Seattle Sounders won the MLS Cup! It was an incredible comeback season that began abysmally but ended with a run that took them to the playoff and eventually allowed them to win it all on penalty kicks! Also, my favorite player did this. Sounders ’til I die. I can’t wait for the 2017 season.

So, there was my 2016. Narrowing it down to ten photos was difficult, it’s always difficult. There are always things I left out: sporting events, craft fairs, new books, art openings, other hikes, time spent in the mountains, time spent in the desert, time spent on the coast (we went to nine National Parks this year). I took pictures of my food, my research work, my dogs, my rabbits, and so much more. Most of these images came from my Instagram account, if you’re not following me, please do! It’s usually a running record of my weekly activities and pictures of my adorable dogs.

Join me! Why not look back through your own year and narrow it down to ten awesome photos? Post those on your blog and leave me a link here in the comments. I’d love to see what happened in your year as well.

Recently, I was asked by Mihir Wanchoo if I’d be interested in writing an article for Fantasy Book Critic. Mihir encouraged me to discuss how I approach combining genres in my writing and explore some of my inspirations. I was happy to oblige and decided to take it a bit further and delve into some of the tenants I’ve kept in mind while I work. The result is Life in the Weird, On the Blending of Genre. Here’s how it starts:

I never decided to write a genre-blending novel, it just happened. As a reader, I always craved weird books that are out of the ordinary. I tend to be turned off to a series that stays within traditional genre lines. It’s this predilection that drew me to Stephen King’s Dark Tower series, why I love China Miéville’s New Crobuzon stories so much, and why Neil Gaiman’s American Gods resonates with me. There’s something in those work that feels fresh, new, and free. So it’s only natural that those proclivities show up in my writing as well…

You have to read the rest of the article over on Fantasy Book Critic. Once you’ve done that make sure to follow them on Twitter and visit them over on Facebook as well. They’re a great site, with a lot of excellent content. Well worth your time.

Also, I wanted to give everyone a heads up that I’m taking the next ten days off. This spring has been hectic. I’ve had revisions on my new fantasy project, I’ve been working on Coal Belly‘s rebirth, there been some outlining on the next Bell Forging novel, and I attended both Norwescon 39 and Lilac City Comicon. So as a bookend for a busy spring, Kari-Lise and I are going on vacation. The plan is to get lost in the mountains, islands, and deserts of California, do some hiking and unplug from the internet. (That said, knowing me, I’ll still find a bit of time to post to Instagram and Twitter. So make sure you’re following me to see what I’m up to.)

Some exciting things are coming when I get back. There are quite a few longer-form blog posts in the hopper including an exciting Wild Territories post (voted on by you!) So stick around, and I’ll see y’all in June.